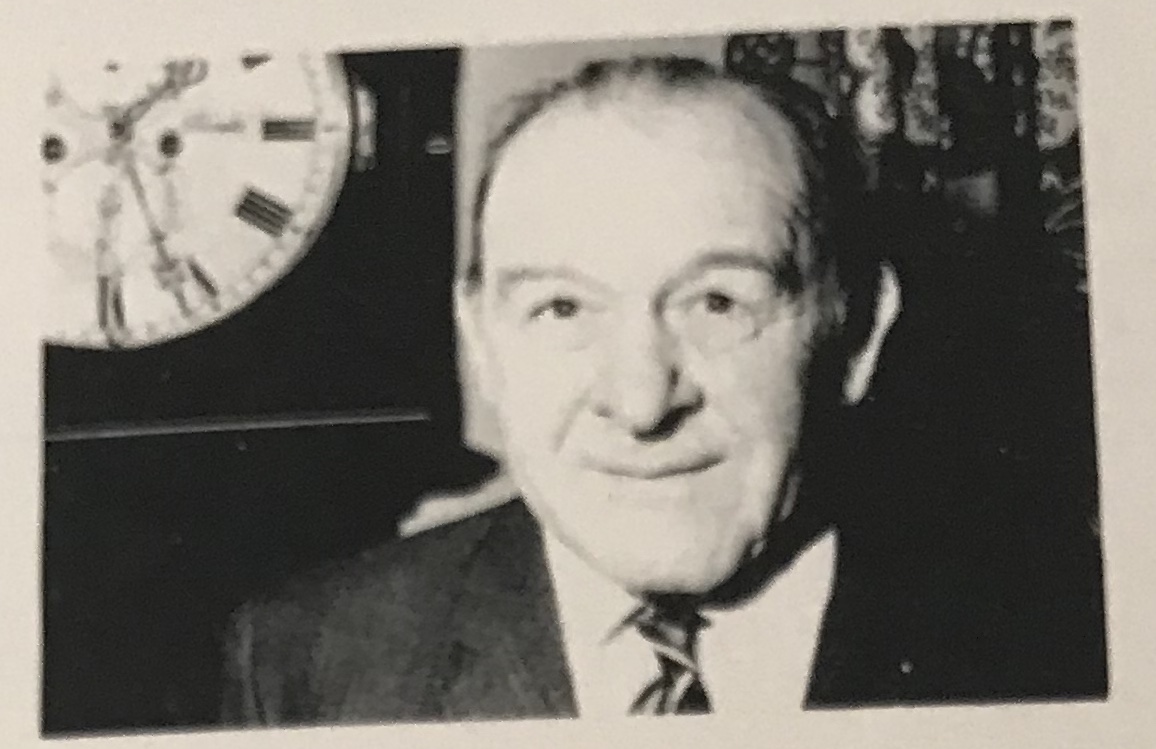 The story of one of the great legends

He started his work at Jakobsbakken already as a 14-year-old, worked as a miner, has been a guest at King Olav and has three national trophies. This is the story of the legend Sverre Salamonsen.

The story is reproduced from «CU-Pressen» in 1971

One of the veterans who in 1971 has withdrawn from his work to enjoy his otium, is Sverre Salamonsen. He was born on Giken 68 years ago these days and is thus a genuine «Sulitjelmagutt», but his ancestry can be traced back to completely different edges of the country. The father, mining worker Håvald Salamonsen, came from Bodin, but his parents again came from Gudbrandsdalen. Sverre’s mother came from Vefsn and her father from Øye in Valdres. Sverre is told that his grandfather on the mother side in his time migrated from Valdres to Nordland. But Sverre has stayed to his home town.

As a 14-year-old he got work at Jakobsbakken, after the family had moved there. When he was 18, he went «under the ground” and since then he has been involved in almost everything that can be done in a mine, including 12-15 years as a miner. From 1943 to 1945 he attended the leadership academy in Kongsberg and has been a leader since 1946.

He has received the Norwegian Well’s medal and the King’s Medal of Merit in silver. About a year ago, he was together with 12 other medal recipients from Sulitjelma in an audience with His Majesty King Olav at the castle in Oslo. However, this was not the first time he had received an honorary award from The King. He has three national trophies in Nordic combined, taken in the Northern Norway Championship in the years 1933, 1935 and 1937. Among his prizes we also find a silver medal from the Norwegian Championship in Nydalen in 1933. 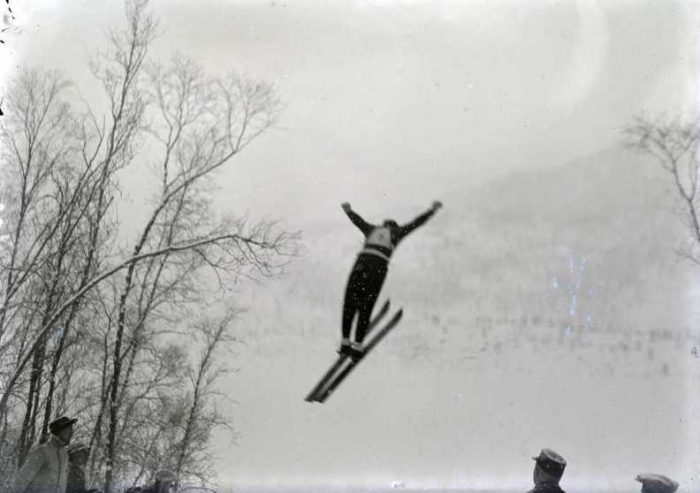 When Sverre Salamonsen was active, it was not as easy to get to and from the competitions as it is today. Went the 30-kilometer on a Thursday, it was, for example, rest day Friday, cross-country skiing Saturday and ski jump on Sunday. If the event was added to Bodø, one had to have icebreaker through the ice from Sjønstå to Finneid. It could take as many hours that there was accommodation at Finneid. The next day the journey continued by boat to Bodø. This boat trip usually took about 10 hours. The whole journey and the stay under the competitions could be close to a week together.

Sverre believes that through the sport he has got a much better contact with other people than he would otherwise have received. He has learned to appreciate their achievements and qualifications, but not least their personal qualities. The camaraderie he has founded with different people through sport will always stand for him as invaluable memories.

During his stay at Kongsberg, he was given the opportunity to get to know the Ruud brothers better. Sigmund knew him from before, but now he was frequent with them in the Hannibal hill and trained ski jumping. Sigmund has later visited Salamonsen in Sulitjelma. Sverre mentions that he was in contact with Asbjørn Ruud at Kongsberg and, for example, other famous jumpers such as Hilmar Myra and Arne Ullan.

At this time, Sverre was approx. 40 years old and had a long career with actively jumping behind him, but found it fun to refresh the sport again. Besides, he has always considered himself as an amateur and just jumped for fun, as he himself puts it. Something he sees as a good development is the understanding the mining company has shown to support sport. They were probably interested earlier, too, he says, but did not engage in active support measures as they do today. Once, however, he experienced the joy that one of the directors of the company personally gave him NOK. 100 in travel support for participation in Holmenkollen. 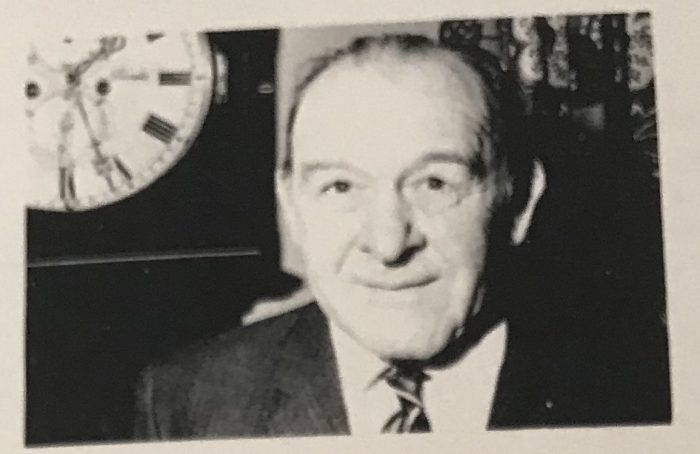 The pensioner Sverre Salamonsen expresses that he has been happy with his work and has not wanted anything else. Anyway, he wants to do what he can to make the most of his retirement home at Fauske. But he still has contact with Sulitjelma. In 1930 he built a cabin by Såki, and he expects to continue to use it in the summer. He has a boat both in Såki and Balvatnet.

Anyway – Breaking up from somewhere in this way, of course, interferes with emotional life. Sverre is linked to people and nature. For Sverre, his thoughts often go back to Jakobsbakken and the years up there. He cites in that connection the man who said: “I do not know those you are going to say greetings to, but you’ll get a lot of those.” Some of the same feelings have been for the place Sulitjelma. On our site, we will let our thoughts follow our retirees and wish them a happy Christmas and a blessed new year and all good for years to come.