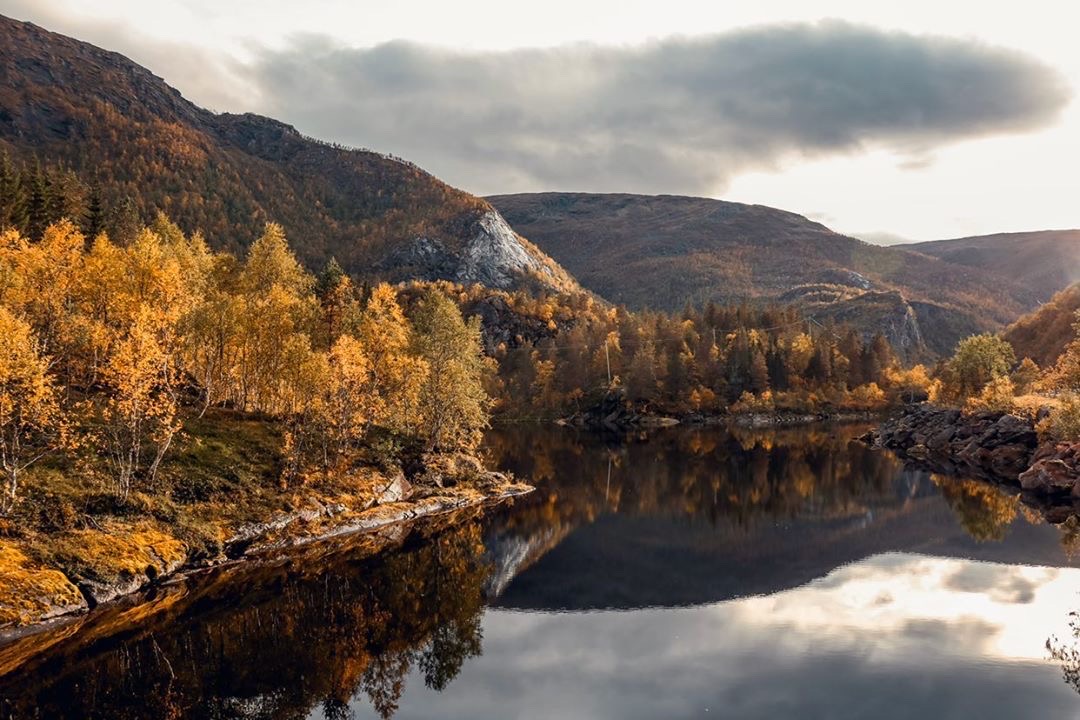 The road up to the old mining town is built on the railway terrace of the Sulitjelmabanen and is protected by the National Antiquities. Here you will experience a majestic valley with waterfalls and views of high mountains.

The first part of the Sulitjelmabaan which was opened in 1892 was Northern Norway’s first railway system. From the start, this mining track was built with only 750 mm of the track, since it was such difficult terrain from Sjønstå to Hellarmo. In 1915, the track was rebuilt to 1067 mm gauge and extended to Sulitjelma and Lomi. The Sulitjelmabanen was extended down to Finneid in 1956 and replaced by road in 1972. Today, the motorway is protected by the National Antiquarian as an example of transport history which also includes railway. The Sulitjelmabanen was very important for the industrial site and the only link to the road was built in 1972.

The road up to Sulitjelma can best be compared to “Fjord View” and is comparable to the experiences that one does in Fjord-Norway by boat. As in the Geirangerfjord and the Nærøyfjord. On the trip up to Sulitjelma you will experience:

Norway is rich in many magnificent and impressive landscape images, as picturesque and harmonious as Øvervand I have never seen. My travel companion, a native Norwegian, also declared that this scenery was the most beautiful that the fatherland had so far offered him.

Mountain areas alternate along green-covered slopes, the snow spots at altitude sending white foamy rivers towards the valley floor. The scenery is as perfect as the highest valleys of the German Central Alps, almost like Tauern, in the smallest detail, so the birch forest and the Norwegian sounds really managed to awaken me to domestic alpine feelings and dreams.