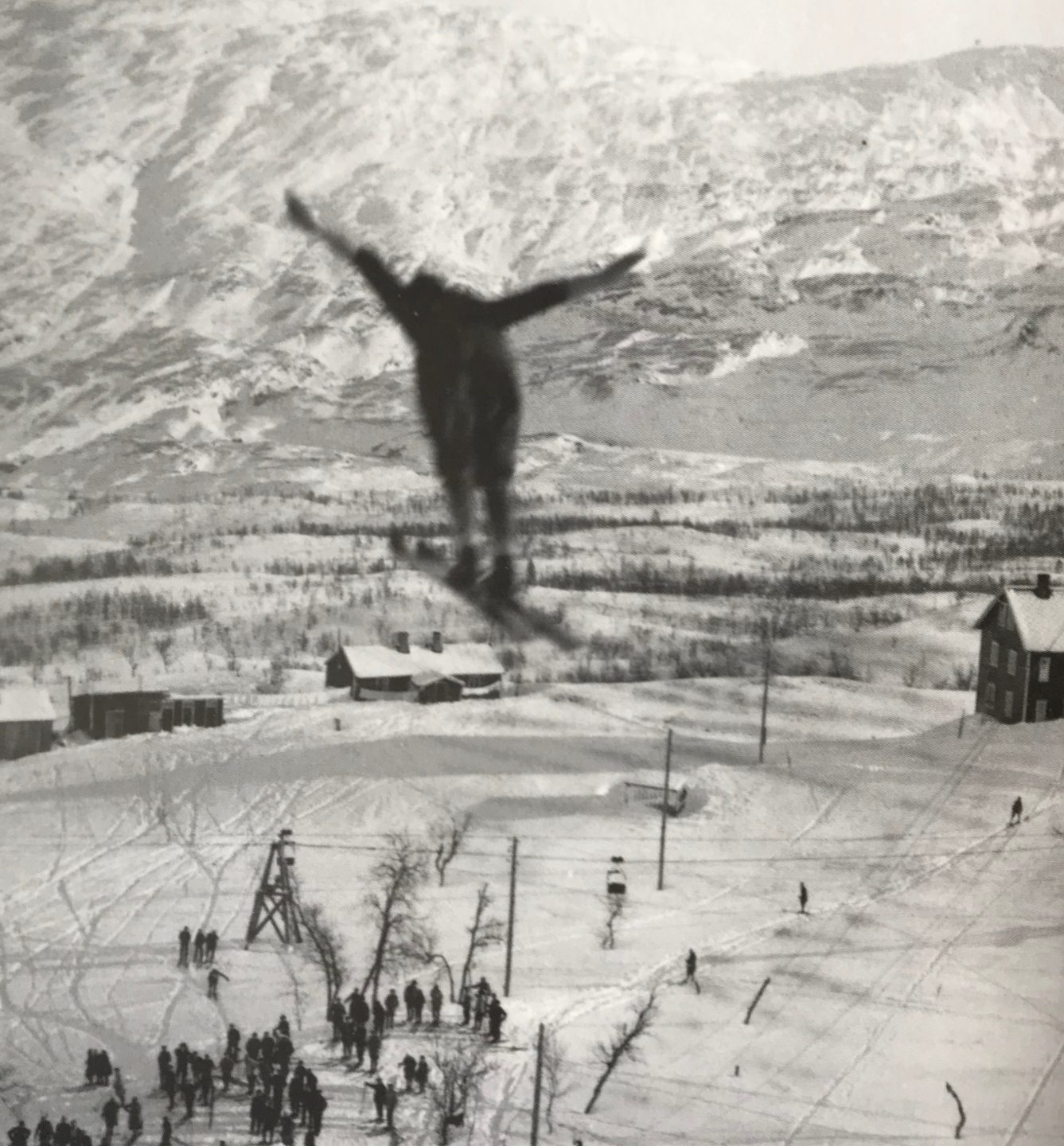 At the beginning of the 20th century there was a very active sports environment on Jakobsbakken. The three mining areas Jakobsbakken, Sagmo and Anna had their own sports clubs and it was at the mostly nine ski jumping hills here (!)

Jakobsbakken is a paradise for sports and outdoor activities, whether it is winter or summer. There was it also at the beginning of the 20th century when there was an active mining society here. In the case of cross-country skiing, the mining areas were surrounded by untouched nature in miles. It made it possible to lay cross-country skiing trails in which direction one wanted and in the length that was desired. It was also no problem to find a ski jumping hill to train in, as there were nine ski jumps at most!

This hill was built around 1910. The plain of this hill ended up between Koop and Steigenbrakka. Lovisebakken was in use until the 1930s. The weather conditions at Jakobsbakken were the reason why great efforts had to be made to keep such a large hill prepared. 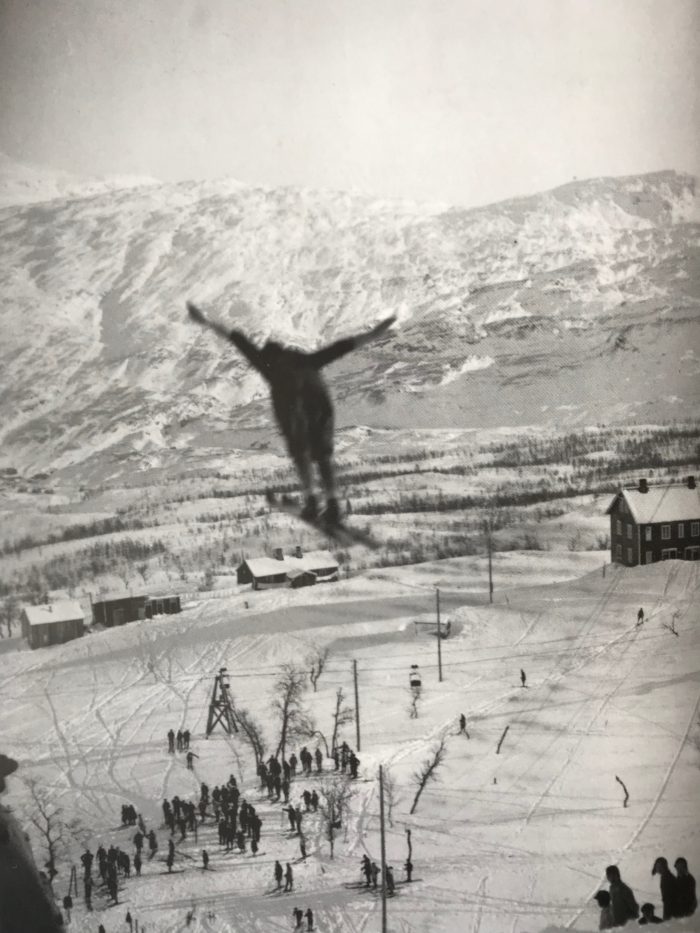 The myths actually say that the great athlete Otto Lunde from Jakobsbakken set the world record in Lovisebakken in 1930. Since the ski club at Jakobsbakken never arranged ski jumping competitions, there was no possibility that such a record could ever be approved. It is said that the record stood a few hours before another great athlete from Sulitjelma, Oskar Testad, beat it in Fløybakken in Saltdal. Testad’s jump length was 59.5 meters. 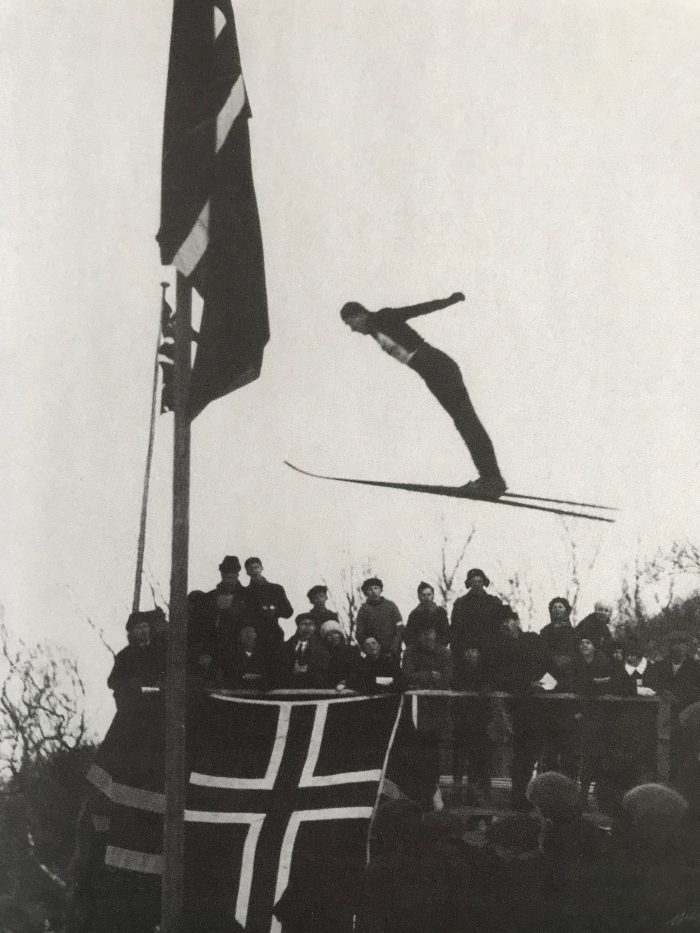 In an interview with Nordlands Fremtid in February 1980, Sverre Salamonsen was asked about his personal length record in ski jumping. He replied that “the longest jump was 61 meters and it was home at Jakobsbakken. During the competitions I jumped about 50 meters. Most ski jumping hills were about 50 meters so it was not possible to get any jump any longer. In Holmenkollen I remember that Reidar Andersen had the longest jump of 52 meters .. ». Salamonsen belonged to the Norwegian elite in jumping and cross-country skiing for a ten-year period until 1940 and according to Salamonsen, Lovisebakken for several years was one of the largest ski jumping hills not only nationally but also internationally.